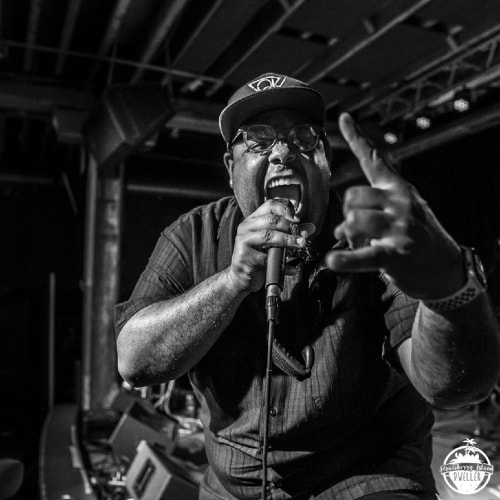 ERIC CRITTENDEN has over 25 years as a touring performer under his belt, sharing the stage with the likes of Bob Weir and Mickey Hart of the Grateful Dead, Sinbad the Comedian, Michael Franti, G-Love & Special Sauce, Jefferson Airplane/Starship, Dirty Dozen Brass Band, and so many more.

Since his birth in Buffalo, NY, Eric has been immersed in the funk and feel-good soul sound of Motown. (After all, his father played with James Brown for 13 years.) But it was in his twenties that he really discovered the organic self expression of jazz, listening to Eddie Harris, John Coltrane, and Herbie Hancock. Branching further out into rock, including the Grateful Dead and Pink Floyd, completely changed his life and started him on a path to genre mixing that was accessible to everyone. “For me, in order to go forward, you have to go back,” says Eric. “I was raised with old school R&B and soul. This is who and what I am all about. But this is a new era, and music needs evolution. I’m fortunate to be able to do my part.”

As a highly respected music educator, he has conducted over a hundred workshops and edutainment performances, and has been a key force behind numerous arts education efforts in Buffalo and Western New York, including The IMAGE Urban Arts Workshop (co-sponsored by New Era Cap), the Buffalo Center for Arts and Technology (where he served as Arts Director), and his music camp program “Future Sounds of Buffalo.”

Eric Crittenden has a degree in Music Performance from SUNY Empire State College, and a M.Ed in Career and Technical Education from SUNY Buffalo State College. Today, he teaches music in the public school system of Buffalo, NY, where he continues to perform and dedicate his career to the local music scene and the youth in the community.

If you are interested in working with Eric “Critt” Crittenden for music workshops, pro music services, or performances, please email us at info@buffalomusicclub.com.